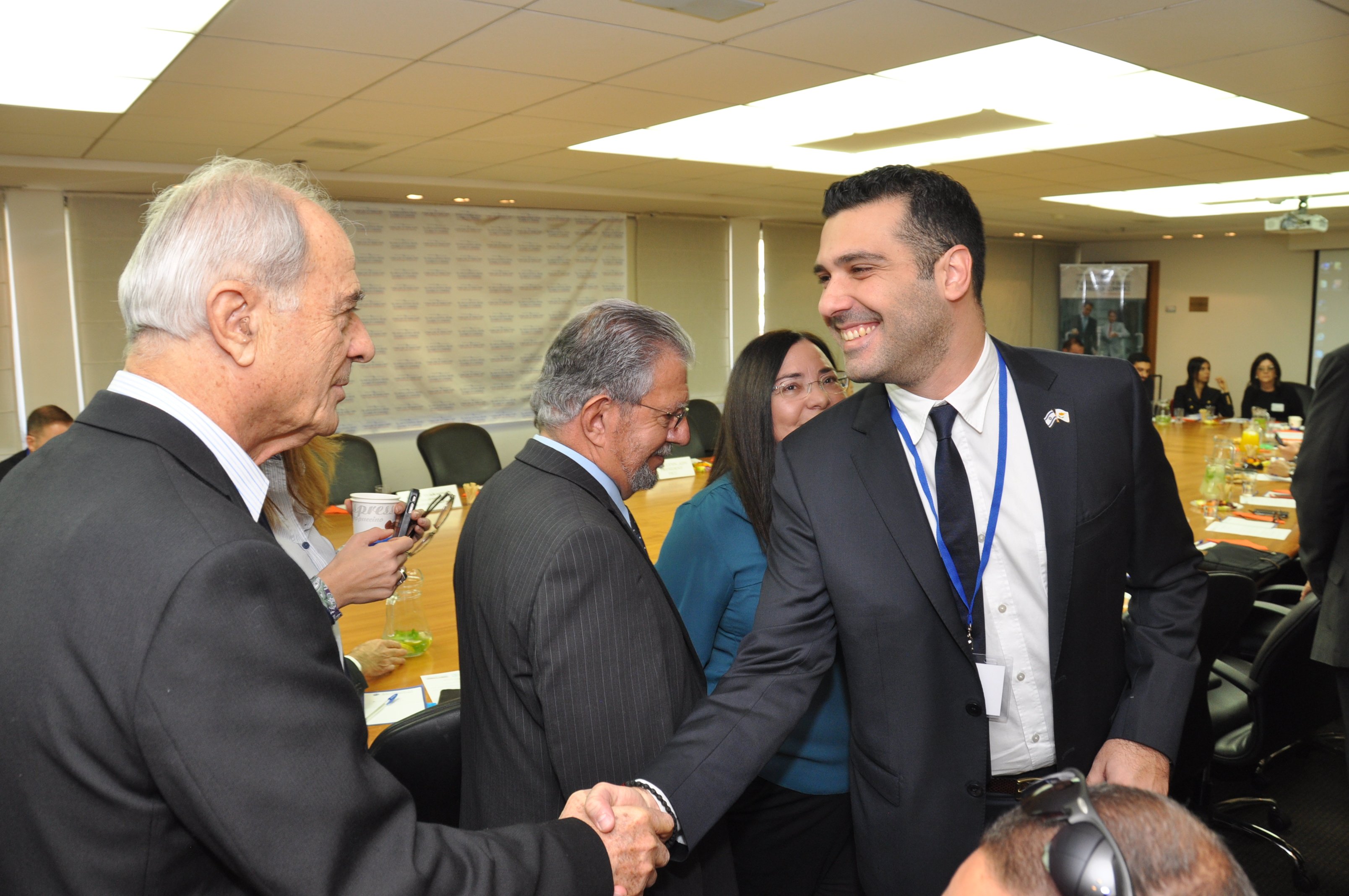 On 4 December 2017, a Business Forum was held in Tel Aviv, with the participation of over 20 Cypriot and more than 30 Israeli companies. The event was organised to coincide with the official re-activation of the Commercial Office of the Embassy of the Republic of Cyprus to the State of Israel.

The Business Forum was jointly organized by the Cyprus Chamber of Commerce & Industry (CCCI), the Cyprus-Israel Business Association and the Federation of Israeli Chambers of Commerce (FICC), in cooperation with the Commercial Office of the Embassy of Cyprus to Israel.

The audience was addressed by the Permanent Secretary of the Cyprus Ministry of Energy, Commerce, Industry & Tourism, Dr. Stelios Himonas, the Ambassador of Cyprus to Israel, Ms Thessalia Salina Shambos, the Ambassador of Israel to Cyprus, Mr. Shmuel Revel, the President of FICC, Mr. Uriel Lynn and the President of the Cyprus-Israel Business Association, Mr. Christakis Papavassiliou.

Representatives from Cypriot businesses, delivered presentations highlighting investment opportunities in the island, prospects in the real estate sector as well as the benefits that Cyprus has to offer to foreign corporates and investors, serving as a gateway to the EU.

The Forum’s activities were concluded by an intense B2B meetings session, with the total number of meetings exceeding 160.

Moreover, the Embassy of Cyprus to Israel, held a reception to mark the re-activation of the Embassy’s Commercial Office. The keynote speaker to the reception was the Permanent Secretary of the Ministry of Energy, Commerce, Industry & Tourism, Dr. Stelios Himonas, whilst opening addresses were delivered by the President of FICC, Mr. Uriel Lynn and the Head of the Embassy’s Commercial Office, Mr. Sofronis Papageorgiou.

Embassy of the Republic of Cyprus to the State of Israel