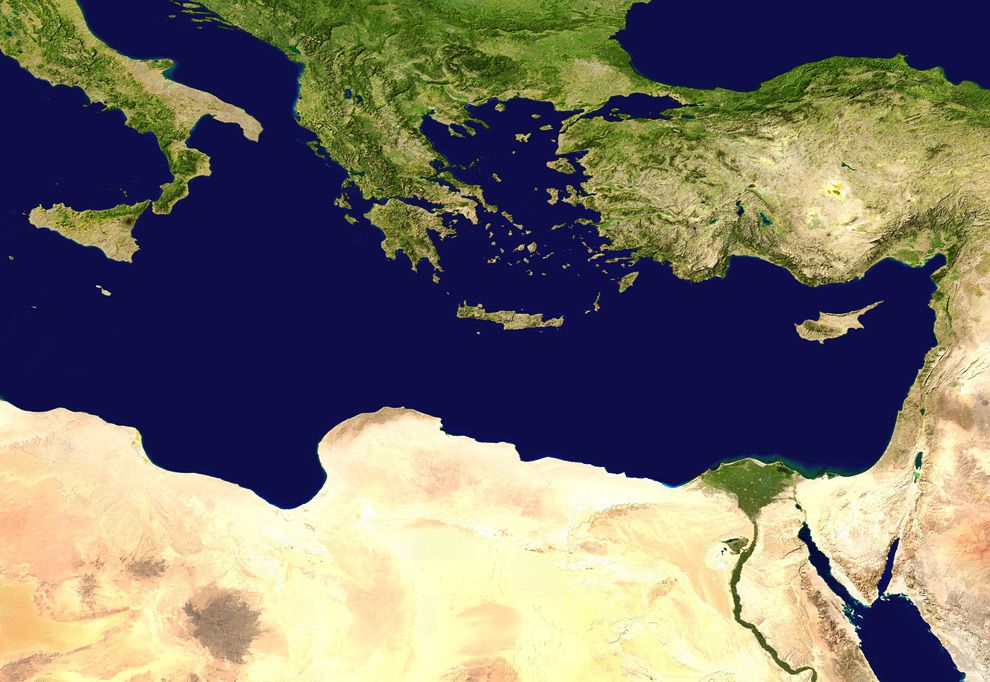 US Investment Prospects in the Eastern Mediterranean Region

A US investment fund is currently assessing the prospect of strengthening its investment portfolio in the areas of energy (primarily oil & gas operations but also renewables), port infrastructure and shipping logistics in the Eastern Mediterranean region. The company has been considering Cyprus, both as a location for establishing its regional base as well as a promising investment destination. Political instability, coupled with uncertainty and heavy pessimism on the viability of the development of energy projects in the region, as well as the Cypriot economic crisis of 2012-13, are considerations that the Board of Directors is currently evaluating.

On 15 January 2020, the Wall Street Journal published an article titled ‘Israeli-U.S. Consortium Begins Pumping Natural Gas to Egypt’[i]. The commencement of natural gas exports from Israel to Egypt-formally announced on 15 January 2020- was praised by the Israeli government and media, as a historic milestone for Israel-Egypt relations, second in scope and magnitude to the Peace Treaty of 1979.

The commercial agreement was concluded back in February 2018, between the consortia licensed to develop the Israeli natural gas reservoirs Tamar and Leviathan, and Dolphinus Holdings Ltd. a private natural gas trading company in Egypt. Since then, an extension to the original contract scope (i.e. additional quantities to be exported) was agreed, a prompt solution to the necessary transportation infrastructure was identified and put forward (i.e. reinstate and use in reverse flow mode the EMG pipeline connecting Ashkelon and Arish) and regulatory licenses were granted. [ii] [iii]

Politically speaking, the post-WWII period for the Eastern Mediterranean region was and remains one of withstanding but also newly sparked crises and conflicts, be it intra-national or international. Indicatively mentioning; Israeli-Palestinian conflict, the Arab Spring, the Syrian War, Turkey’s foreign policy shift towards Neo-Ottomanism etc. From an investor’s standpoint, the ever-changing political conditions compose an environment characterized by high volatility, unpredictability and ultimately high-risk.

Nevertheless, within the last decade, we have observed that whilst political -and in certain cases military- conflict is on-going, certain sectors are identified for which countries may put their overall differences aside and focus on as part of a positive agenda delivering benefits to all parties involved. Prominent examples include security of energy supply and responding to climate change[iv].

As of 2014, a joint initiative for encouraging regional dialogue and cooperation was rolled out by the Republic of Cyprus and the Hellenic Republic.  This resulted to the establishment of an array of Trilateral format dialogue platforms with like-minded neighbours including Egypt, Israel, Jordan, Lebanon and the Palestinian Authority. In the case of Israel, the Trilateral cooperation has matured significantly, igniting an increased interest by the US to participate and to jointly coordinate activities in areas of mutual interest. This led to an extended 3+1 format marked by the participation of Secretary of State Pompeo to the Israel-Cyprus-Greece Trilateral Summit held in Jerusalem (March 2019)[v]. This signified a shift in US policy, aiming for a stronger focus and involvement in the Eastern Mediterranean region, supporting initiatives that promote peace, economic and social prosperity.

Specifically, in the area of energy and the development of regional natural gas resources, on 16 January 2020 we have witnessed the establishment of the East Med Gas Forum (EMGF) for which the foundation charter was signed by the Ministers of Energy of Egypt, Cyprus, Greece, Israel, Italy, Jordan and the Palestinian Authority.[vi] At the same time, France formally requested to join the EMGF as a permanent member, whilst the US has requested to gain permanent observer status.[vii] Among others, the objectives of the Forum include the attraction of Foreign Direct Investment (FDI), cost optimization for infrastructure works as well as the joint identification and development of gas export corridors to gain access to markets.

Recent events; the establishment of the EMGF, gas exports commencing from Israel to Egypt and Jordan respectively[viii], gas reserves discovered in the Exclusive Economic Zone (EEZ) of Cyprus[ix], the signing of an intergovernmental agreement (IGA) for the construction of a subsea pipeline between Cyprus and Egypt[x], additional licenses granted and planned/on-going exploratory activities in the EEZs of Cyprus, Greece, Israel, Lebanon and Egypt[xi], as well as the recent signing of an IGA between Cyprus-Israel-Greece on laying the EastMed pipeline[xii] compose an environment of mutual understanding and respect in what concerns natural resources exploitation and economic development for the region, which serves as conducive for attracting and boosting foreign investment.

Additional considerations relevant to Cyprus’ investment outlook for the energy, maritime transport and logistics sectors may be considered. The government, amongst other initiatives:

Logistics and administrative support, as well as maintenance activities for international oil & gas companies operating in the region are performed by companies established in Cyprus. Requirements for increased capacity are present, thus, if infrastructure development proceeds at a fast pace, oil and gas operations as well as the maritime transport & logistics sector are bound to grow, provided that growth is coupled with relevant controls on ensuring suitability and availability of workforce.

Following the economic crisis of 2012-13, Cyprus had entered a 3-year Economic Adjustment Programme, resulting in the restructuring and downsizing of the banking sector, the strengthening of its anti-money laundering framework, as well as the reduction of government deficit and the implementation of structural reforms enabling competitiveness and sustainable growth[xix].

Reaching an impressive 4.1% in 2018, the real GDP growth rate is forecasted to steadily decline, reaching a 2.3% by 2021. This is mainly attributed to external factors, whilst domestic demand appears to remain concrete. Fiscal performance is expected to stay strong, considering an improving labour market and comparatively stable GDP growth. The debt-to-GDP ratio is also anticipated to drop from (est.) 93.8% in 2019 to 81.8% in 2021. Unemployment is expected to drop to 5.7% by 2021, whilst inflation remains relatively low (0.6% in 2019). Consumption, both private and public has increased and is expected to remain strong. [xx]

Considering the Global Competitiveness Index (2019), Cyprus is ranked at 44 out of 141 economies[xxi], whilst it is ranked at 54 out of 190 countries in the Ease of Doing Business (2020)[xxii], outperforming other southern EU countries such as Malta, Italy and Greece. Trade, considering both exports and imports, is experiencing a new growth path as of 2015[xxiii].

In addition to the increasing opportunities for investments in energy, maritime transport and logistics; it is also worth considering the ease of establishing operations in Cyprus as well as the growing investment funds management sector, which saw assets under management more than tripling between 2012 to H1 2019, reaching €6.8 billion[xxiv].

Based on the above, it is recommended to establish presence in the region, via the establishment of a regional office in Cyprus (prompt and low-cost procedure). This will allow for the development of a stakeholders network, locally and regionally, whilst at the same allowing time for monitoring and further assessing the stability and maturity of certain initiatives; enduring Israeli gas exports to Egypt and Jordan, Cyprus’ progress on infrastructure development, gas exploration activities continuing without major impediments and Cyprus maintaining and strengthening leadership as an international global shipping operations centre (EU’s largest ship-management centre, 11th largest merchant fleet worldwide[xxvii]).

Embassy of the Republic of Cyprus to the State of Israel